You can pay a bill, date a Bill (and/or kill him), bill someone, or support a bill such as AB3087, which addresses California's health care cost, quality, and equity. 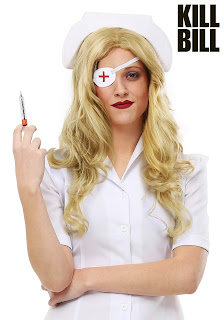 While many healthcare facilities oppose AB3087 as it puts the state of California in charge of setting prices for hospital stays, doctor’s visits, and other services covered by commercial insurers, the high cost of healthcare has a far greater correlation with insurance and pharmaceutical companies rather than hospital or provider billing practices.

AB3087 aims to reduce costs to consumers by limiting the amounts hospitals/providers are allowed to bill for services, which on the surface appears to strain already-impacted human resources and providers in the area. However, another way of viewing the issue is that if healthcare billing is capped or restricted, insurance costs and pharmaceutical company upcharges should by association be restricted as well. Healthcare should not be a for-profit endeavor for commercial insurers and the pharmaceutical industry, especially not in a state with a high number of homeless, uninsured, and undocumented clients.

Many hospitals are non-profit facilities that turn no patients away. Rather than making healthcare facilities and their personnel “take the cut” from AB3087, which is a common assumption of what might result from the bill, ideally, changes in billing should be negotiated with insurance companies that charge high premiums to “cover” hospital stays and pharmaceutical companies overcharging for newer variations of standard medications, while many uninsured patients receive no preventative care and end up in emergency rooms with severe, costly complications for which the hospital then receives limited, if any, compensation.


Many scholars have attempted to explain the complicated finances of the U.S. healthcare industry. In his article, “Healthcare Spending: Plenty of Blame to Go Around,” Prof. Gary Branner at Rutgers Graduate School of Business states, “The United States is the only profit-motivated healthcare system in the world, and perhaps it is no coincidence that this country also has the most expensive healthcare of any nation.” He continues, “Politicians point fingers at pharmaceutical manufacturers, who in turn blame health insurers and pharmacy benefit managers.” This is a complex issue and playing the blame game benefits no one, especially not the people of California.

Language in AB3087, such as that it “would prohibit a health care provider from billing or collecting an amount other than the applicable cost sharing from an individual” may be amended to be less biased in its implication that health care providers are (over)billing when the increasing healthcare costs are associated with various levels of insurance and pharmaceutical costs.

Having grown up in Taiwan, which boasts universal healthcare for all its residents, I also dream of a day when the likes of Senate Bill 562, which proposes universal state-financed healthcare, might come to pass, but for now, it seems that at the very least, the hospitals and healthcare workers who are overworked, understaffed, and paying high insurance premiums and student loans themselves should not be villainized in a well-meaning bill intended to benefit the public.
Labels: Patient Advocacy