If you were a Core 1 student or instructor, you may remember the flu scenario known as Quantitative 2, where there was a (fictional) flu outbreak that had to be contained with measures (such as quarantine, closures & travel restrictions), and limited quantity of vaccines insufficient to meet herd immunity*. In this assignment, groups of (sometimes very cold-hearted) 18-22-year-old college students hypothetically decided the fate of Americans, proposed containment measures & calculated who gets vaccinated, who doesn't. Instructors (in horror at times) graded them based on accuracy, method, ethics, etc.

Oh Tom, how did you know?

*Herd Immunity: when enough of a population has immunity (through infection & recovery or vaccination) that a disease will not spread widely in the commmunity. Also known as herd effect, community immunity (it rhymes!), population immunity, or social immunity. 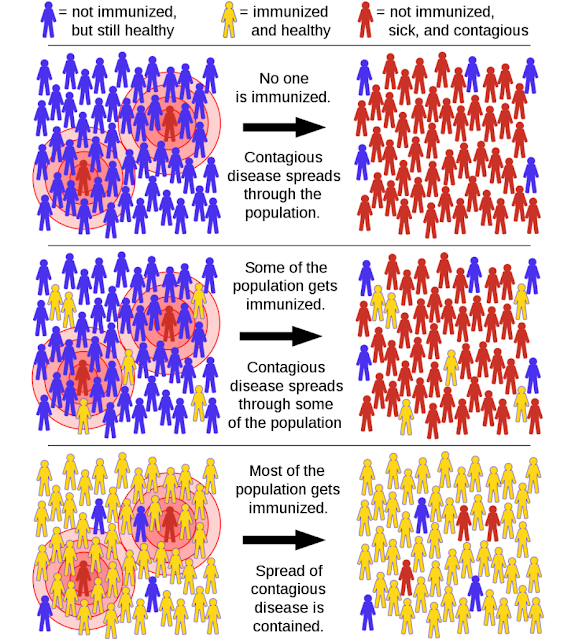 One year, we had enough vaccines to vaccinate 70% of Americans, and herd immunity was 85%. We got numbers from the Census Bureau (which undercounts), guidelines from CDC & WHO (no comment), and complained about how wildly unlikely this would ever happen in a first world country, and why are we being forced to expose ourselves as the terrible people we are?

But somehow we are here. Who do we vaccinate, and in what order/priority? Those most likely to die? Those most likely to be carriers? Healthcare workers, elderly, those with health conditions, essential workers (including teachers at this point), political leaders, homeless, prisoners, children, parents, young adults?

Then there's another question: would you get the covid vaccine if it were offered to you?