My grandmother in Taipei recently passed away. Here's a picture of three generations of women on my mother's side. I'm the girl in red and the only one living. I asked my daughter if she remembered her great grandma, to which she responded no. Just in time for almost-Mother's-Day, it's story time. 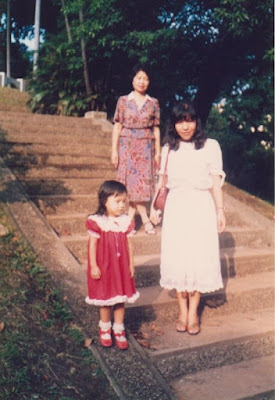 My grandma, Miss Lin/Mrs. Chen, was an educated woman, a schoolteacher, a loving mother of four, and grandmother of eight. The loving mother part was her downfall, because after the death of her only son, my uncle, her favorite child and a successful doctor, she was never the same.

After moving from the U.S. back to Taiwan in fourth grade, I spent a school year with my schoolteacher grandparents in southern Taiwan since I could barely read and write Chinese. Grandma was strict. I had to do endless practice test papers under her tutorlage, and she threw away my favorite blanket, which I had slept with as far back as I remember. She was tough, except when it came to memories of her son. When I came home from school with a shameful 90% test paper for her to sign, she would break down and sob, "Your uncle always got 100%." I finally came home with a 100% test, and she still broke down and sobbed, "Your uncle always got 100%." My Grandpa had to hide all pictures of my uncle in the house, lest Grandma find one and break down.

Other memories of Grandma include her assigning me the very serious task of watching the fish on the dinner table every night, to make sure stray cats didn't come take the fish before humans sat down to eat. Thinking back, I'm not sure why we didn't just close the sliding doors. When my grandparents moved to Taipei, she walked me to the bus stop every morning, laboriously, with her Parkinson's shuffle. Later she returned home to chase my youngest brother around the apartment all morning with a glass of milk, making sure he got his calcium.

The Parkinson's got worse. Her medications gave her side effects ranging from involuntary movements to auditory and visual hallucinations. Eventually she moved to the Taiwanese version of a Skilled Nursing Facility, living on a feeding tube and no longer interacting with others in a meaningful way, but still visited by loving family almost every day.

Maybe there's no moral to her story, but it's remniscient of my mother's--that long term sadness/unhappiness can manifest as physical illness, taking away the last bit of quality of life unclaimed by the sadness in the first place. Also, some things, like the death of a loved one, we never get over. We just learn to live with it, carry on, even though it's always there, the sadness, just eventually no longer overwhelming or all-encompassing. 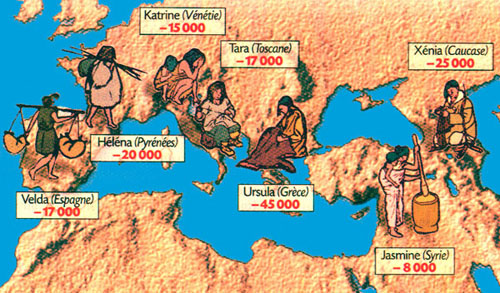