Memory is a funny thing--sometimes a powerful image is printed indelibly in one's mind (e.g. a scene from an anime), and some twenty-five years later one discovers that the mind had concocted the scene on its own.

I must have been somewhere between the tender ages of ten and twelve when I first watched Old Man Z* with some kids in a tatami-covered room at a friend's family property complete with forest, a cool creek we rafted across, brassiere factory, and living quarters (we didn't think too hard about it back then, but in retrospect, that family was loaded!)

I remember little of the film besides being struck to the core by the image of a young woman pleading with an old man as he towered over her in a robotic machine, his metal parts and wired tentacles waving. The image seemed to symbolize a young girl vs. the machine of patriarchy, as well as human mortality, the immortality and inhumanity of technology, etc.

Haruko is a nursing student who cares for old man Z, who in an outlandish clinical trial, becomes a military-grade, nuclear-powered (of course), human-robot hybrid weapon that continuously grows and incorporates additional vehicles and parts. I figured watching the anime as a nursing student would be a nice way to bring things full circle. The particular image that haunted me for decades never appeared, however.

There were a lot of issues with the film I can spot now that I couldn't back then, from the sexual harassment, gratuitous boobage, to not elevating the head of the bed during feeding and risk of skin breakdown, but the missing scene that had seemed so clear to me for so long, ultimately made me ask myself a question: What else in my life so far have I completely made up, or forgotten? One of the things nurses chart about an unreliable patient is, "Patient is poor historian." Maybe we are all poor historians, when it comes to our own lives (never mind others'). 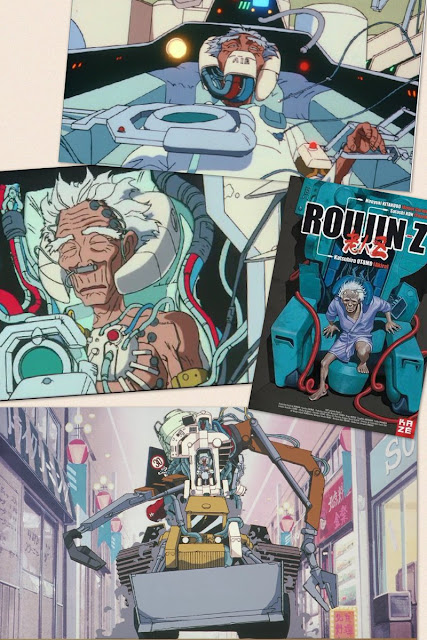