I. Oxytocin, sometimes called the love hormone, or the bonding hormone, is important right from the beginning of one's life. Released in large amounts during labor, it is responsible for uterine contraction, milk ejection, maternal behavior, and bonding. It is also related to arousal, orgasm, generosity, trust, healing, and other generally good things. 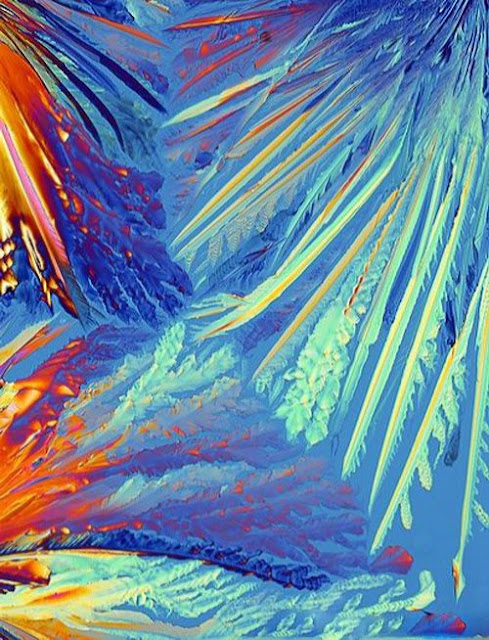 Above and below are crystallized, stained images of oxytocin, courtesy of a polarized light microscope. Everything, including intelligence, looks prettier crystallized, refracting all the colors of the rainbow. II. Serotonin, a monoamine neurotransmitter, regulates mood, appetite, and sleep (also, gastrointestinal motility/activity, but nobody cares about that.) It also affects memory and learning. Many antidepressants act through increasing the availability of serotonin (in all its diverse, layered beauty, seen below,) at the synapses of the central nervous system. 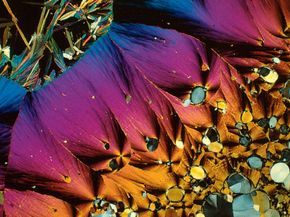 III. Estradiol is an estrogen steroid hormone involved in the development of female secondary sexual characteristics (curves!) and the regulation of menstrual cycles. It's often used in hormone replacement or birth control. And apparently, wears kind of a kaleidoscope of rainbow plumage, cracked eddies filled in with black eyeliner. 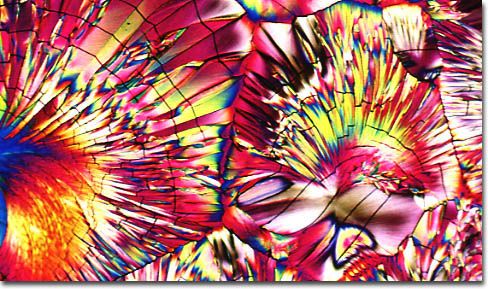 IV. Testosterone is most widely known as a male sex hormone, though everyone's got some. An androgen, or steroid, it is involved in the development of male sex organs and secondary sex characteristics (hair! apple!) Also, it affects sex drive, sperm production (if male), fat distribution, red cell production, as well as muscle strength and mass. It can have a dark side as well, if present in excess. Testosterone presents as a raging peacock below. 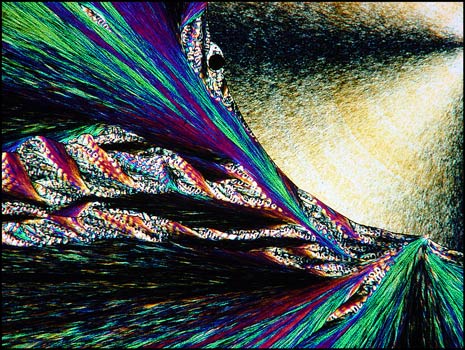 V. Finally, everyone's favorite hormone, adrenaline. It's what's in an EpiPen, used to treat severe allergic reactions, and can be employed in case of cardiac arrest. It's released in one's fight-or-flight response under stress, and leads to increased heart rate and high blood pressure--silent fireworks exploding throughout body systems that can be awesome or terrible, depending on duration and individual response. 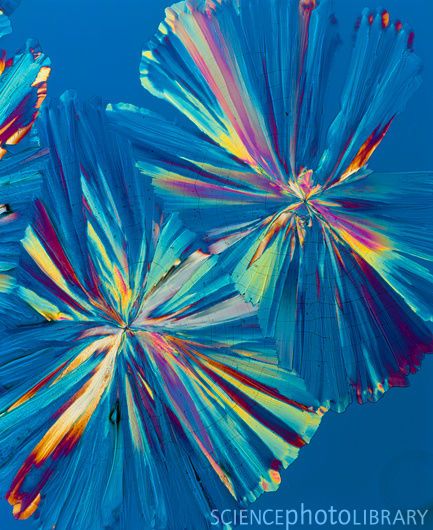