Some say amniotic fluid smells like sea foam, or forest loam. Life came from the sea, depends on it, and ultimately, will return to it. Human bodies are more than 60% water, and the blood coursing through arteries and veins, more than 50% H2O. 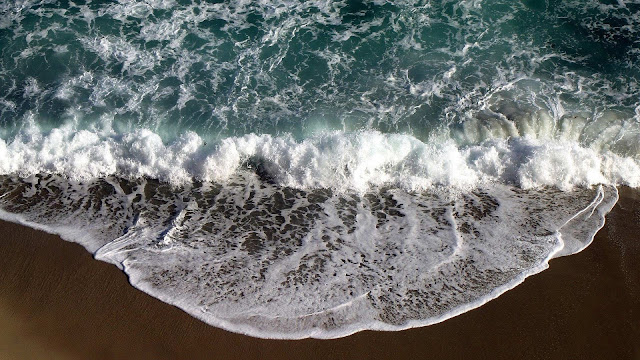 However, too much water can drown us from the outside, or inside. Every year, newborns die from water intoxication (from extreme electrolyte imbalance) because of adults diluting canned formula in an attempt to make it stretch several times too far. Kids drown in the deep end of pools, or, having gasped water into their lungs, suffer from secondary drowning hours after a close call at the beach. Sorority and fraternity pledges also die from water poisoning days after hazing events involving water-chugging + excessive exercise.

Water may be safer than alcohol, but not when so much is consumed that excessive loss occurs of sodium, potassium, magnesium and calcium, all important to keeping the heart, brain, and lungs functioning. Fluid and electrolyte balances, especially in the very young and very old, can become severe and sometimes fatal. Low or high potassium, calcium or magnesium levels in the body can lead to dysrhythmias or even cardiac arrest.  Seizures may occur with low calcium, magnesium, or sodium, while magnesium toxicity can slow breathing and drop blood pressure. Cerebral edema resulting from critically low sodium can lead to brain damage, coma, or death.

The balance of lytes, controlled by the kidneys and hormones like ADH, is like the ebb and flow of the sea, coming and going in cycles to maintain homeostasis that is consistent with life. May the waves roll on.
Labels: Assessment Maternal Newborn