Not to be confused with those awful Dr. Who weevils (do not Google-Image that) or the tropical American weevil (a snouted beetle), Zyzzyva is a common last word of many American dictionaries, and also the name of a San Francisco literary journal. It's pretty clever, actually, because as writers who write about our lives and our worlds, who doesn't want to have, "the last word," literally? Incidentally, the beetles seemed to have been given this name as a joke so they would be featured as the last item in field guides and manuals...holding a martini and wearing a party hat, perhaps. 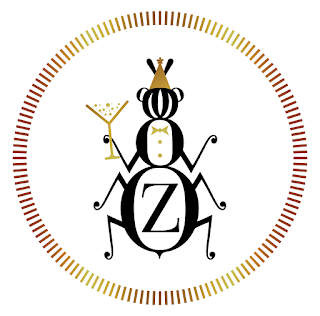 I first heard about ZYZZYVA when I was at Penn State, where I learned of a thing called literary journals, to whom we sent manila envelopes brimming with hope and stories and self-addressed-stamped envelopes for the journals to, in return, stuff with the tiniest rejection slips possible. Only writers living on the west coast were allowed to submit to ZYZZYVA, so that added to their mystery and allure.

After finishing my MFA (Masters of Fine Arts), instead of moving to NYC and living the exciting (Sex and The City) life of a single female writer, I decided to do the safe thing. I took my precious one-year OPT (optional practical training) visa, became a legal assistant and translator at a Taiwanese-American-owned law firm in southern California, and moved in with my late mother and little brothers in California. One of the first things I did upon getting settled was submit a story to ZYZZYVA, because my zip code finally qualified me to do so.

ZYZZYVA editor Howard Junker called my mom's home phone (I had no cellphone) while I was at work. When my mom told me a man with a deep, magnetic voice had called asking for me during the day, I could tell she suspected he was my secret boyfriend (or something). But he was better than a secret boyfriend--he was the founding editor of my dream journal letting me know they wanted to publish my story.

They didn't want the story as is, however. It was safe, they said, and they wanted to actually see what happened with the main character, a young girl coming to terms with her blossoming sexuality. I revised per request, and the end result was the first story in Sex & Taipei City, which I kept true to the version edited for ZYZZYVA, because it felt special, even if it made me feel a little dirty. Later, Howard forwarded me fan mail from a reader specifically mentioning my story in the journal. The whole thing was a dream come true.

Ten years passed, and so did my mother.

I was busy with nursing school when my book came out with Red Hen Press, and I contacted ZYZZYVA later than I should have, but when I did, they invited me to send them a copy, and after reading it, Arianna Casabonne sent me some thoughtful but difficult questions (about sex, Taiwanese culture, and stuff). It wasn't easy, but eventually I scraped my thoughts together and sent them along. Here is the interview.

I'm super grateful that ZYZZYVA took a chance on me and helped me muster the guts to take a story beyond my comfort zone, and later challenged me with questions about uncomfortable subjects we actually need to talk about, as women, as minorities in any sense of the word, and anyone with stories and an unique truth to share.

Thank you to Arianna, to ZYZZYVA, to Red Hen Press, and everyone, for reading, for sharing, and for all of your support!
Labels: Author Interview Writing