Seriously though, poor Everyman has Everything, and this isn't even a comprehensive sampling. (How are COPD and heart failure not on the list?) 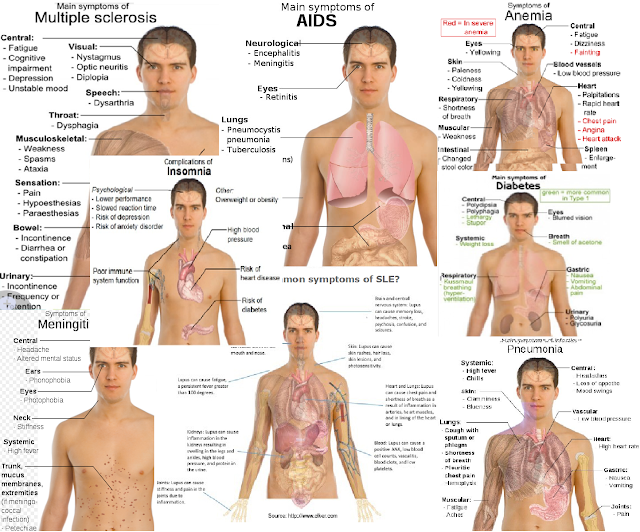 If you're an English major, you probably know that Everyman is a 15th century morality play, author unkown, and loads of fun (by fun, we mean moralizing).

At the beginning of the play, God tells Death to go tell Everyman that God's about to pull the plug on him. Death tells him just that, and reminds him by the way to not forget his account book (of good and bad deeds). Everyman begs for more time, and for a companion to "go" with him (what is this, ancient Egypt?) Death says sure, if you can find someone brave enough to die with you.

Fellowship, a new character, runs for his life, literally, when Everyman asks him to accompany him into death (perfectly normal response). So do Kindred, Cousin, and Goods (as in material goods, which they specifically point out is the opposite of love of God).

Good Deeds, who is obviously very nice, wants to go with Everyman, but she is too weak. Her sister, Knowledge, says if Everyman goes to confession and shows penance it will help. Everyman does, then scourges (uses a terrifying medieval whip on) himself, which magically makes Good Deeds strong enough to walk, no Physical Therapy required. Other friends join and then abandon Everyman on his journey to his grave: Discretion, Strength, Beauty, etc.

As Everyman disappears into his grave with Good Deeds, a doctor appears to give a diagnosis/pronounce time of death, I mean, give the epilogue. He tells the audience to forsake Pride, Beauty, Strength, and so on, because they forsake every man (and woman and child and everyone in the gray area in between--abandonment knows not gender or age) in the end.

We get the message. We don't take anything with us, not our worldly possessions, not our strength, beauty, knowledge, even, though hopefully our families will be with us until the very end. And a nurse.

If I'm for sure imminently on my way out, I want an LVN or RN, maybe a CNA, too (if one can be spared) at bedside, not an MD. I want bedside reports, pain assessment and reassessment, all the morphine, all the Ativan, and none of the heroic measures down my throat or crushing my ribs (advanced directive alert).