Some of us may have started first semester of nursing school with an irrational fear of needles, but by now, we have bigger problems ("Just stick me.")

Plus we're getting better at IV insertions so there's less DIGGING AROUND IN EACH OTHER'S VEINS, fewer bruises, and more neat little scabs on the dorsal palmar venous arch.

There are plenty more fears to overcome, however.

Ailurophobia = fear of cats (the "Cat Spring Roll" story in my collection, Sex & Taipei City, is for you, non-lovers of cats.)

Anthophobia = fear of flowers (and we're not talking about allergies)

Brontophobia = fear of thunder (Raindrops on roses and whiskers on kittens...) 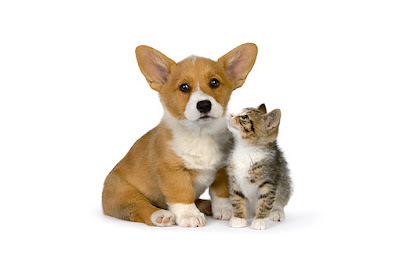 Cynophobia = fear of dogs (esp. if a dog tried to eat your face)

Monophobia = fear of being alone (Moms with young children generally don't have this problem.)

Nyctophobia = fear of riding in a car (with boys)

Siderodromophobia = fear of railroads or train travel (well, there are some interesting folk on the Amtrak...)

Trichophobia = fear of hair (random loose hairs, that is, not long, blonde ones found on your husband's coat, specifically.)

Triskaidekaphobia = fear of the number 13

These phobias can be "treated" in many ways. There's individual psychotherapy for insight and cognitive therapy for subjective appraisal. Behavioral therapies such as relaxation training, modeling (behavior, not clothing), systematic desensitization (increased exposure), flooding (merciless immersion), response prevention and thought stopping (replace negative thought with positive one) have been effective.

One can also just avoid the thing one fears irrationally, which seems quite rational and a lot less trouble...
Labels: Mental Health