Flu, from Italian influenza, and Medieval Latin influentia (in the astrological sense, as the illness was once believed to result from the influence of the stars.)

Emma Donoghue's 2020 novel,  The Pull of the Stars, set in the fever/maternity* ward of an Irish hospital during the 1918 flu pandemic, is so eerily timely one wonders if some kind of necromancy or crystal ball was involved when the author wrote the manuscript back in 2018.

Phrases from the book like, "Cover up each cough or sneeze . . . fools and traitors spread disease," "If in doubt, don't stir out," sound all too familiar to us these days. Just like us, people in the book wear cloth coverings over their faces (occasionally stopping to argue their efficacy), shun anyone who coughs in public, and worry about fevers and hypoxia (not getting enough oxygen).

The Pull of the Stars' central image of influenza delle stelle is both poetic and damning, because while reading historical fiction with a known ending (that civilization will prevail), we may not feel so certain about our current world in the midst of our very own pandemic (among other problems).

Influenza delle stelle literally means influence of the stars, the pull of the stars. According to Donoghue, "Medieval Italians thought the illness proved that the heavens were governing their fates, that people were quite literally star-crossed." When it was one's time, the stars pulled, gave a little yank, and one would be sick, then gone.

A young helper in the hospital dies in the book, recalling healthcare workers that have succumbed to our virus since early days. Is it really our virus, though? Who claims ownership of whom at this point? Maybe it depends who wins, becuase history is written by the fittest, whoever adapts and survives. 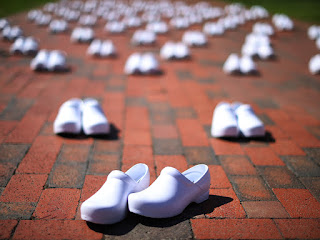 How tired we are of staying at home, of being paranoid, scared, until finally what sets in like neuropathy is desensitization. But when we stop feeling the pain or the wound is when infection truly takes hold, sometimes through the blood, all the way to the bone. Sepsis, organ failure, shock, ashes to ashes, stardust to stardust.

Depressing reality and poetic metaphors aside, if you liked the PBS series Call the Midwife (available on Netflix) and don't have PTSD too bad from covid, The Pull of the Stars is not a bad read. It ends a bit abruptly, not quite deus ex machina but rather the opposite of a machine god, though at least the main protagonist, a nurse, lives to tell the tale (and has immunity, by the way).

May we all have immunity--if not already, soon.

*Basically mother/baby + covid ward, except not covid, but the 1918 flu.