Dear Mom,
Some nights I still dream of you and in the dream you’re alive (and I’ve forgotten you’re not); we’re arguing about something mundane and I’m angry at you. I wake up and want to return to the dream, because I’d rather argue with you alive than think fondly of you six feet under. I’m thankful for the time we had together, how you’ve helped me grow through a bit of a journey, and as a former psychology major I’m sure you’ll appreciate that Murdock’s The Heroine’s Journey presents a convenient psychosocial model. 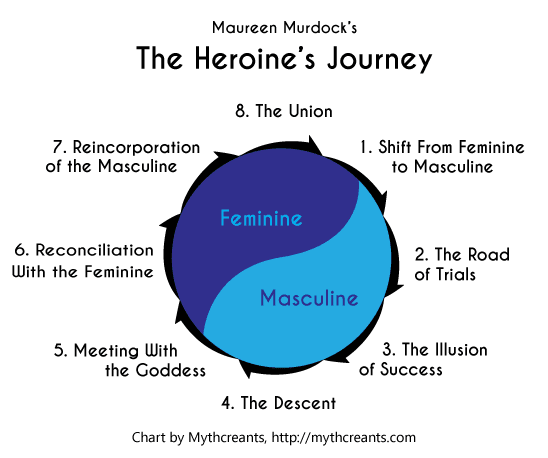 1. Shift from Feminine to Masculine: Family have told me when I was little I was glued to your skirt, something hard to imagine because as far back as I remember we never touched or were affectionate. (None of us were affectionate, but it was no secret Dad was my favorite.)
2. The Road of Trials: I’m sorry for rebelling, for not becoming the concert violinist you’d wanted for a daughter. I wish you had believed me and protected me when I told you I was threatened and attacked. Even on your deathbed I wasn’t sure if you were ever on my side, because you remained friends with him, delighted in those photographs...
3. The Illusion of Success: For awhile things seemed fine if not perfect, and objectively speaking you were probably proud of me, but I should have kept in touch more, asked after your health in that final phone call, the last time we spoke while you were lucid.
4. The Descent: You were always petrified of doctors, and by the time you saw one it was too late. You arrived at the hospital, unconscious, by ambulance, septic, with cancer you never knew about, that had spread. We consented to procedure after procedure, but after you coded the doctor recommended DNR status, and eventually we brought you home.
5. Meeting with the Goddess: Back at the house, you opened your eyes, whispered that you saw Jesus. You woke briefly 5am every morning and spoke softly to invisible people. Who else visited?
6. Reconciliation with the Feminine: I came to terms with our relationship that summer. I saw how unhappy you had been all these decades, and realized life was too short to do things we don’t want, that are less than meaningful. Thank you for teaching us this, with your own life.
7. Reincorporation of the Masculine: Everyone has both the masculine and feminine within, is complete in him or herself. Realizing this means one can do anything, alone, without a father, mother, husband, wife, partner, child, anyone else.
8. The Union: But we are never completely alone. I feel you with me still. Our dead are always with us: their love, their mistakes, the lessons they passed along. Thank you for everything, Mom, for the second chance I got because you died and I had the honor and privilege of being there those final days.
Labels: Motherhood Myths & Fairytales Oncology